The Republic of Macedonia is a Former Yugoslavian country located in Southern Central Europe; with Bulgaria sitting to her right, Kosovo and Serbia tucked in up north, Albania to the west and notably Greece occupying the southern border. Macedonia has developed a rich vibrant history that stretches back through the ages. By 346 BC King Philip II had already conquered ancient Greece but it would be his son, Alexander, who would put ancient Macedonia on the map. Following his father’s death in 336 BC, Alexander the Great ascended the throne aged just 20. He would go on to conquer, and rule, the then known world until his death in 323 BC at 32 years of age.

In the past, wine was seen as a luxury commodity. The personal value of wine was regarded to be higher than that of common man. In certain areas of the ancient world, wine would be used as currency, for example one amphora (ancient wine vessel) of wine could buy you slaves, clothing, jewels and such like.

Macedonia isn’t often given due recognition as a wine producing country. Modern day Macedonia though can trace its wine history back to around 1300 BC, at least 700 years before the vine entered France, whilst in ancient Eastern Macedonia, what is now in Northern Greece, wine can be traced back to between 2800 – 2300 BC.

Geographically Macedonia is situated within the northern hemispheres 30˚ – 50˚ line of latitude range, a corridor identified as climatically producing the ideal temperatures for growing grapes, with Tikveš, home to Stobi wines, lying at 41˚ north; California, France, Spain and Italy are all placed within this corridor of latitude whilst England rests just outside.

European wine growing regions are broken down into zones; Macedonia rests in zone CIII b, the warmest of all recognised wine zones, with A the coolest to C. Macedonia is also home to two climatic zones, Mediterranean (dry summers) and Temperate (wide range of climates to include average temperatures of 50˚F to 68˚F).

The Macedonian summer temperatures average at 73˚ F. Meanwhile, the climate around Tikveš is regarded as warm and temperate with significant rainfall throughout the year, and has 300 days of sunshine and a fantastic heritage for agriculture.

Geologists have identified 30 different soil types in Macedonia but in the surrounding areas of Tikveš the soil is dominated by sandy loam, or cambisols. Cambisols are usually found in landscapes that suffer from high degrees of erosion and tend to be rich and fertile. 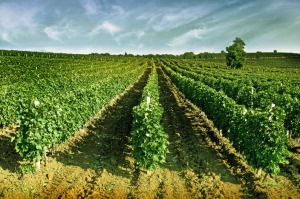 This information, or philosophy, helps to determine the terroir (a generic French term used that helps to identify the ideal climate, with the ideal soil, culminating in planting the ideal grape variety for the area) for the winemaker.

For more information on Stobi Wines email sales@signature-wines.co.uk or telephone 0845 370 2255 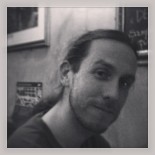