On 15th October, international sparkling wine and Champagne expert Tom Stevenson presented the first ever tutored tasting of 10 English Sparkling Wines to a packed audience of Franciacorta producers, Italian sommeliers and specialist wine press.  Tom had been personally invited to the region by the Consorzio per la tutela del Franciacorta to present this selection.

The idea to have one sparkling wine region to ask another to show its wines was conceived by wine journalist and critic Franco Ziliani.

Tom started the presentation with a psychedelic montage from Yellow Submarine and a 14 second clip of Lucy in the Sky with Diamonds, telling everyone that he would be taking them on an Acid Trip …  “Most Franciacorta producers find the higher acidity in Champagne quite noticeable, but English sparkling wines boast acidity and pH readings that the Champenois have not been able to match since the early 1950s,” commented Tom.  “To forewarn is to forearm, so they say, and hopefully my presage from the ‘Fab Four’ prepared the way while I introduced the subject of English sparkling wine.”

10 wines from 8 different producers from Kent, Sussex and Hampshire were selected personally by Tom as what he considered to be amongst the best currently available:

Although the favourite was clearly Nyetimber 2009 Tillington Single Vineyard, Henners 2009 Vintage came a close second, with Ridgeview 2009 Victoria Rosé third.  However very wine had a number of supporters.

“Franciacorta was eager to host this unusual event with the great Tom Stevenson, so that we could broaden our own 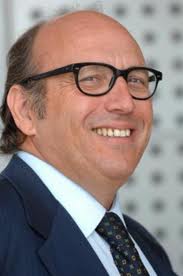 understanding of the classic method,” explained Maurizio Zanella, President of the Consorzio Franciacorta.  “Access to a broader range of wines made by the Champagne method is important to wine lovers and particularly to Franciacorta producers, since it gives them a better understanding of the qualities that one wants to enjoy or produce. I believe that experiences of this kind are highly educational and helpful, in addition to being enjoyable and exciting. It enables us producers to understand sensory differences in sparkling wines different from our own in Franciacorta. We are delighted at the positive feedback from the participants.”

Arturo Ziliani, the winemaker at Guido Berlucchi added: “Today’s tasting was a privilege. I must admit I’m amazed by high quality reached by English sparkling wines.”

Wine Blogger Mauro Remondino also commented: “You have increased my curiosity about English sparkling wine. I need to do more research!”