I’ll make no bones about this, spirits aren’t really my thing. Anyone who knows me will tell you, I’m all about the grape and not the grain. So imagine my surprise when I was invited to a Whisky tasting. Not any old random shindig either, a UK launch tasting for a multi award winning American Whisky. With eyebrow raised, and never one to turn down the chance to be one of the first in the UK to try something new, I cordially accepted.

In 2008, after a summer of intensive training under Jim McEwen of Bruichladdich, Balcones Distilling was set up in 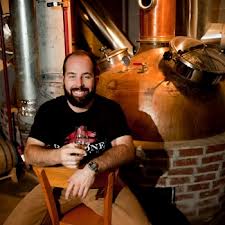 Waco, Texas by company President and Head Distiller, Chip Tate. During 2002 Chip received his diploma from the Institute and Guild of Brewing and Distilling’s (IGBD). He then went on to work as a professional brewer and brewing consultant around the US before settling into distilling.

The name Balcones comes from an existing geological fault line that runs south west to north east of the state, passing Waco along the way. The distillery itself was hand built by Tate from scratch. Metal sheeting, copper and stainless vessels were bought on eBay to create the stills. The company holds the distinct achievement of producing the first new commercial whisky in Texas since prohibition engulfed the country c1920-1933. All whiskies are barrelled in bespoke casks made to Chips own specifications, using new French and American wood.

The first up was the Balcones Baby Blue, originally released September 2009. A corn whisky created using 100% blue corn and compiled from different batches of oak casks. The nose offers up sweet nutty, caramel, banana, and toffee aromas. These become more apparent if left to breathe for a while, or simply add a drop of water. Initially hot and spicy but calms down to leave a pleasant woody finish.

corn. Very similar to the last, difference for me, it’s a touch softer round the edges. Again hints of sweet caramel and toffee with a woody end.

Balcones No 1 Texas Single Malt, released July 2011. The barley for this lovely whisky hails from these sunny shores, Berwick-upon-Tweed to be exact. Here is a whisky that exhibits several layers on the nose; banana, spice, toffee, cloves and more definitively marzipan. On the palate, to use a stereotypical old American western movie phrase, fire water! Good god was this hot at first. The heat does die quite quickly after the first sip, again adding a splash of water and the flavours begin to lift, or in this case lift and relax. Smooth with a subtle, elegant nutty conclusion.

Last up we have Balcones Brimstone, released May 2011. Back to the blue corn, this was superb.

Aroma wise you can go to so many places, very relaxed, soft with a continuous campfire smoke blowing around accompanied by great savoury smoked sausage and bacon fragrances. The smoke dominates everything about this spirit, even to the palate; culminating with a light, fresh finish. No water needed.

As a non-spirit drinker even I found myself getting to grips with these whiskies. True they are a bit on the pricey side but what would you expect. Here we have a man who is willing to experiment with his whisky production. What he does produce, he produces in relatively small numbers, liken it to a boutique winery; hence it affects the final RRP. Nevertheless though, these are sprits with real character and distinction. I’ve often thought of whisky as being the spirit equivalent to wine. Each distillery has the potential to create something distinct to its environment as well as allowing the creator to stamp their mark. Fair to say that Chip has definitely left his mark! In the four years since establishing Balcones, Tate’s whiskies have amassed over 30 awards across the board. Now they have landed here in the UK.

I thought I was going to be out of my depth at the tasting, if anything I felt right at home. As a wine guy I found the principles were the same, it’s just the product changed. I think my days of running scared from spirits, whisky in particular, have now been exorcised. Time to get the books back out and reacquaint myself with all things spirit based.

All four whiskies tasted will be available from The Whisky Exchange from the first week of November.

Keep up to date on what Chip is doing at www.balconesdistilling.com 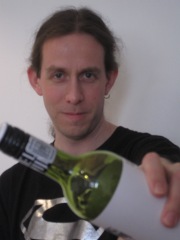