Here’s a bit of an oddity for you. What if I was to say ‘red wine that smells intensely of peas, green beans and not much else?’ What grape variety would you say I was talking about? Countdown clock is ticking.

How about some more clues. Add to that a palate that has some dark fruit characters, a lot of spice and a bolt of acidity jumping up at the end that sits and stays for a long time. Again I say, what grape variety would you say I was talking about? Because it blew me away. Your 30 seconds are up. Give up?………Merlot. Yup, Merlot. The varietal which would appear to be an enigma to some actually backs up that claim with this wine. It was as funky a wine I’ve had for sometime. When I say funky I want to hear a mean bass line playing. I want to see Rick James strutting his funky stuff, if he were still alive of course otherwise that would be just damned freaky.

This was the fine handy work of Peth-Wetz, Rheinhessen, Germany.

My tasting note actually started with the word ‘Crazy‘

This was a very good, if somewhat insane, wine. It was also one of nine wines that I tried from this wineries range at the recent Germany unplugged tasting in London.

The others were as far removed from what High St customers would expect from Germany. No bulk, mass produced, medium sweet, rubbish. Instead, very good quality, alternative style wines. Here’s an example of the wines that Peth-Wetz were showing,

A blend of Chardonnay-Pinot Blanc. A straight Sauvignon Blanc. 2 dry Rieslings, The Heerkratz and the Limestone, which was superb.

Assemblage Reserve Cabernet Sauvignon-Merlot-Cabernet Franc, fantastic wine. Rich, strawberry jam and cassis aromas echoed on the palate with some spice. this bad boy will age for a while too.

The straight Cabernet Sauvignon, more traditional in style and Cabernet Franc, good level of red fruit, spice and tannins. There was a Pinot Noir available but I didn’t taste.

All wines on show are available from

Let me go back a bit. I know the usual formula would be to talk about the event, then go on and chat about the wines for a bit. No, not this time. I felt the Merlot needed shouting about.

Germany unplugged was put on to showcase a new generation of winemakers from the country. The wines on show had been selected primarily for their quality, authenticity and individuality. The aim was to educate the UK wine consumer on how simple German wines are to understand and to show real value for money.

During a Q&A session I asked the panel of producers what they had to do to try and combat the stereotypical image of German wines in the UK. The response was straight forward enough. “Get out to the independents and show the wines via free tastings. To charge consumers would only encourage those who are familiar with Germany to attend. By offering a free tasting we can catch the weekend shoppers and show them something new.”

I also asked the panel whether they had to sacrifice quantity in order to achieve a high level of quality, the reply “Over the last 30 years, in more particular since the 1990’s, yields have decreased significantly in order to give focus on higher quality wines.”

The Pinot’s from Wassmer, Baden, were prime example of the outstanding quality that Germany has to offer. Wassmer had 5 Pinot’s, Spatburgunder, on tasting. All were superb. The nose, showing traditional Burgundian aromas with the palate oozing elegance and creaminess with soft red fruits and spice.

In conclusion the event was a real eye opener. Not a sweet wine in sight. The quality of the wines was high and the availability of alternative varieties was clear to see. There is more to Germany than Riesling. Something the general public is probably unaware of. 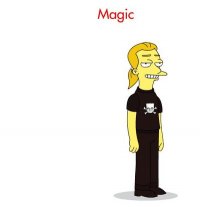